Whenever new vehicles are developed by Jaguar, the designers and engineers are always keen to include enough of what is termed in the trade magazines as “brand DNA” to link the new with the older product. With the new XK, just as with XK8 in 1997, external styling takes a aerodynamic shape, which traces all the way to Malcolm Sayer’s racing C Types of a half century ago. When the E Type first put a vehicle with much of the racing C and D Type technology on the market – disc brakes, independent suspension, and a powerful engine put the technology in the market. 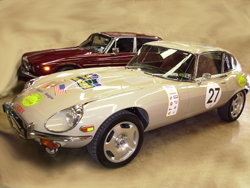 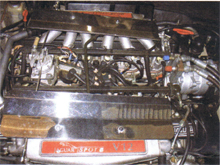 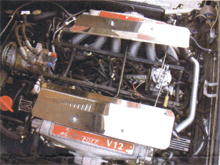 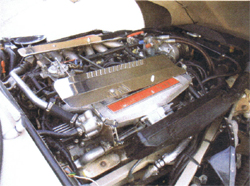 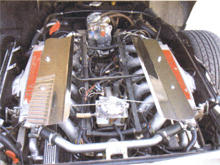 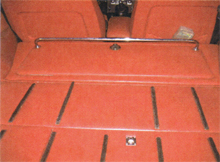 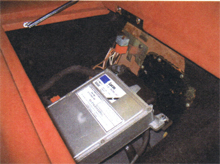 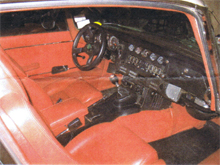 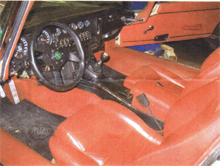 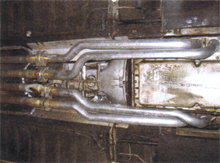 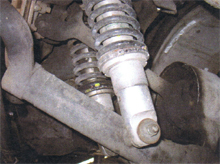 While styling is both visceral and functional, the shape of the new and classic Jaguar sports cars is what grabs the prospective buyer, and turns him into an owner. Technology and reliability have always been what delights or dismays him or her and turns them into a satisfied, or dissatisfied customer.

The car had a shape and design that had to evolve in order to meet legislative safety and emissions requirements, before Jaguar had the resources to develop the technology needed to keep it viable. As safety standards and emissions controls began to emerge in the late 1960’s – bumper height, 5 mph bumpers, and emission controls overcame the XK engine’s ability to put enough horsepower under the hood, so the V-12 engine was deployed. The V-12 engine is a fantastic design, and it put the power back into the machine, but at a price. The single digit MPG of as pre-H.E. engine, and the reputation the car gained for always being in the shop for the mostly non-technical types that were the owners of these cars, eventually made the cars sell fewer units each year. The problem with the V-12 powered E Types was that the technology was not quite up to task yet. Four Stromberg carburetors were twice as difficult to synchronize as three, and the drivers often forgot to turn off the manual choke, fouling the spark plugs.

Had only the later technology developed by jaguar for the V-12 engine been available in the days of the series III E Type, it would have been the per-eminent sports car until Jaguar decided to stop making it. The reliable power and low maintenance of a Jaguar Sport V-12 as made in 1990’s can make quite an improvement to the Series III E Type experience. Mr. Victor D’Souza of Victor’s Service Center, Inc., of San Antonio, Texas, has built the thoroughly modern E Type to prove this hypothesis. Utilizing a 6.0 liter V-12 from a circa 1994 XJ12 donor car for the basic engine with selected performance upgrades, a modern E Type has been developed and refined for road rally and reliable, daily “sport commuting”. As of 2007 the car has successfully competed five times in a road rally sponsored by Club Jaguar Mexico called La Carrera Del Golfo al Pacifico. This road rally is one of those two day touring rallies with a round trip of over 3,000 miles from San Antonio over an eight day period. In 2007 Victor D’Souza took first place in class in an acceleration test at La Carrera del Golfo al Pacifico. Lessons learned from this rally have resulted in upgrades virtually every year, with one of the last ones being a multi-disc clutch to handle the torque provided by this engine. While AJ6 Engineering provided a high performance control unit form the UK, Victor had to manually shorten the engine wiring harness of approximately to dozen wires to reach only to the back seat of a 2+2, rather than to a boot of an XJ12.

The only amenity this car does not need is an excellent stereo system. It provides what its owner describes as its own “symphony of Cylinders”. A customized set of quadruple resonators, also procured from the UK, are the only restriction and pipe up the aforementioned symphony. You can hear the growl of this cat from quite a distance away, or it can be smooth and slow as it sneaks up on you!!